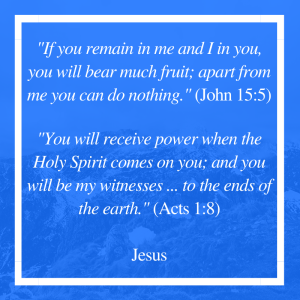 “Every minister of the gospel is called to rest content with nothing less than the indwelling life and power of the Holy Spirit. This is to be his only preparation for preaching the gospel in power. Nothing less than having Christ speaking through us in the power of His omnipotence will make us able ministers of the New Testament, bringing salvation to all who hear us.”     Andrew Murray

Andrew Murray, an 18th century minister in South Africa, is one of my favorite authors of Christian nonfiction. Over the years, I’ve read lots of his books, along with other similar books by equally great authors, such as A.W. Tozer, William Law, Brother Lawrence, and many more. For some reason, most of my favorite Christian authors are long dead—something they share with the authors of my ultimate favorite book, the Bible.

Anyway, if I were to pursue a theology education with the goal of becoming an ordained minister, I would be sure to include my favorite authors in my studies. But all that reading and effort, though valuable and helpful for me, would not adequately equip me to help others, for I would lack the most important trait for being an effective minister. I think Andrew Murray expressed it far better than I ever could.

First, my writing isn't about me. Don’t want the attention, don’t want to feed my ravenous ego (yep, I’m just a typical pride-plagued human). But I love writing - it gets me out of bed when it's way too dark, just so I can do some writing before heading off to work. I write because I’m passionate about God, Jesus, His Spirit, and His truth. And, I feel the Holy Spirit gets shortchanged in the world we call Christianity. The truth is sometimes lacking too.

This site uses Akismet to reduce spam. Learn how your comment data is processed.

“We Called Him Yeshua,” now Available on Amazon

Get to know Jesus Christ from a new perspective. See the “son of man” as a man, from the perspective of those who’s hearts he touched the most. (click book image to go to Amazon book page)